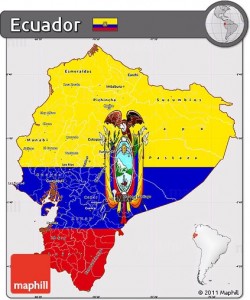 The services this weekend were extraordinairy, outstanding…I have really no words for it. 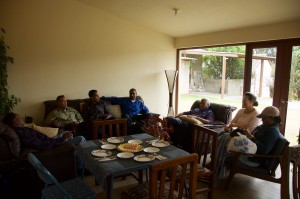 Brother Felipe and Sister Lilly invite us for breakfast at their house today and plan to bring us afterwards to the top of Mount Pichincha, about 4000 feet high. 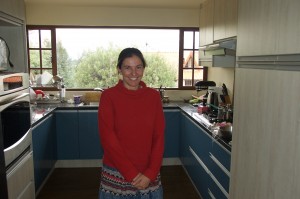 Sister Lilly in her nice kitchen….always ready to serve! A hostess with the mostess!

The drive to the mountain takes us through downtown Quito and it gives me some time to fellowship with Sister Lilly sharing each others testimonies, but I also learn a lot of things about Ecuador.

The economy is mainly Petroleum, but recently the prices declined to 40 %, which effects the entire economy of the country; people lost their jobs or make less money. They have a lot of banana- and cacao plantations, and export shrimps and fish from the Pacific ocean.

There are just a few families in their congregation from about 120 believers in Sangolqui who live in a house; most of them are very poor and live in small apartments.

Brother Felipe is also pastoring a little group of 40 believers in Ibarra, which is about 2 hours driving distance from Quito. This group is usually streaming all the services, and he goes there once a month to minister to them directly. 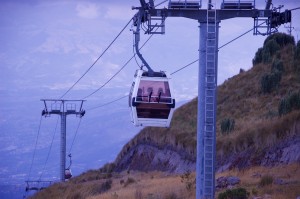 A gondola brings us to the top of the mountain, where it is a little cooler and we have a beautiful view to the city and surroundings, but are also partially in the clouds. 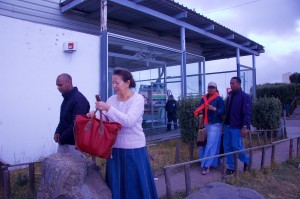 It’s much cooler up here. 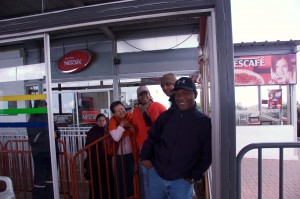 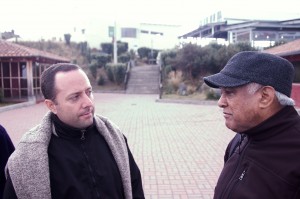 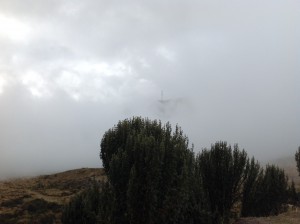 While looking at the clouds I see for just a few seconds a small opening coming through and a tower – it’s hard to see on this photo here – but it means so much to me, because immediately I can relate to Brother Branham’s experience on Hurricane mountain. What a feeling it must have been for him in that desperate situation, when he was lost and couldn’t find his way! 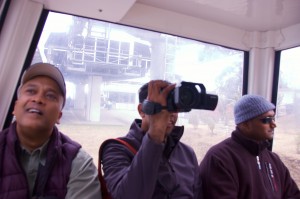 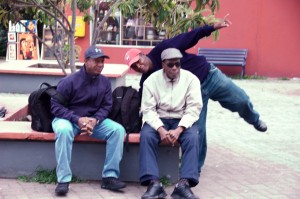 When we come down from the mountain it is already past 4 p.m. and while going back through the city we learn, that one of our trucks is not allowed to drive at this time of the day. There is a law for Mondays, that certain license numbers are not permitted to go through the city after 4 p.m. We were wondering why the driver is changing lanes all the time, but it is to cover the other truck , so the police wouldn’t see the license number. At one point our truck stops and the driver asks a policeman for directions, just for the purpose to cover the ‘unlawful’ truck of the brother, and he can pass by quickly.

The day is ending with a little dinner at a restaurant, and we are heading back to the hotel to pack our suitcases, because we have to leave tomorrow morning at 5 to catch our flight to Chiclayo.