This is our last day together as a team, and we enjoy beautiful sunshine after some rather cool and rainy days in Eastern Europe.

Ready for the road again…

We are leaving Dresden at noon and plan to stop midway in Eisenach, a small historical town in East Germany, which is also called “Luther town,” because Martin Luther lived here during his young school days from 1498 to 1501. Twenty years later, here in one of the chambers of the Wartburg, the best-preserved medieval castle – 1,350 ft up the mountain –  Luther was isolated and hidden away from 1521 to 1522. In this place he began to translate the New Testament from the original Greek to German, to make it more accessible to all the people from what they called at that time the “Holy Roman Empire.” 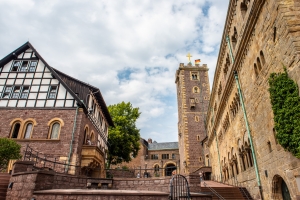 To see a little bit more of the environment, where Martin Luther lived for the most fruitful 10 months of his life, we are booking a tour, but to our disappointment very little is said about Luther, the faithful messenger to the Sardisean church age. Instead we hear about things of little interest to us, about the lives of the counts and their countesses during that medieval time, especially labouring on the countess Elisabeth, which the Catholic Church canonized after her death. Their deceptive methods have never and will never change.

This photo here shows a cistern located in the courtyard, which is full of wiggle-tails, and that’s just a perfect description of this corrupt Jezebel system. They use the name of Luther only to attract people, just the same as they did with Brother Branham, when they advertised him for their campaigns and then let him sit in a back room, telling the people, he couldn’t make it. 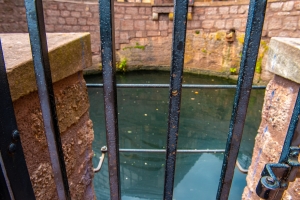 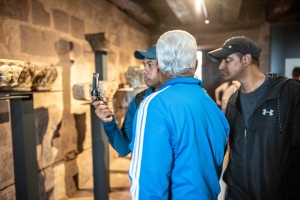 We are a bit disappointed, because we were expecting to hear more about Martin Luther, who spear-headed the Great Spiritual Reformation of the church, which was the beginning of a “restoration” of the Truth of the Word, which was taken from the people during the Dark Ages. 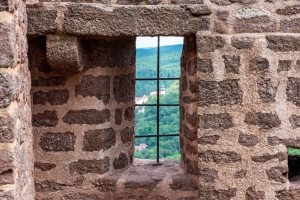 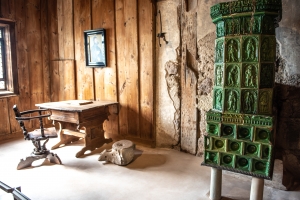 That man’s ministry, who had the revealed Truth of “The Just Shall Live By Faith” is so pushed back in a corner here and is just mentioned at the very end of the tour and the so-called Luther room is only shown at the exit.

We make our way down to the historical town of Eisenach with its original cobblestone streets, and enjoy some ice-coffee and cake, before we hit the road again for the last stretch. 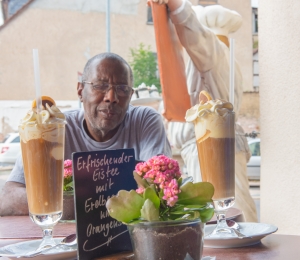 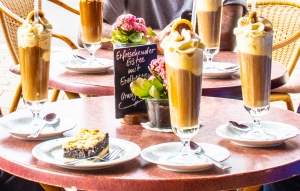 Refreshed we continue another 2.5 hours on the ‘Autobahn’ to the Airport in Frankfurt. When we drop off the rental car it shows that we drove 4520 km or 2809 miles. 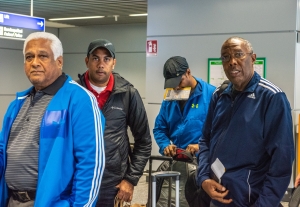