Travelling from Gliwice to Wola Piotrowa 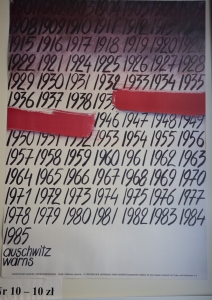 We wake up to a grey, cold and rainy day today, and it’s like God is setting the scene for us, because on our way to Wola Piotrowa we plan to stop in Auschwitz, one of the concentration camps, where during the time of the second world war from 1940 to 1945 about one and a half million of men, woman and children, mainly Jews, from various countries of the world were killed.

THERE IS NO ROOM FOR LIFE HERE. THIS IS THE RESIDENCE OF DEATH…

Before I even start the day, I know already, that only the Word will hold me together today. It’s the second time this year that we are visiting a site, where unthinkable crimes against humanity have been committed, and many pictures are still in my mind from the time we visited the Memorial site from the genocide in Rwanda, that happened in 1994. What devilish anointing has to be on men to do those things! We know the pit of hell is open, gross darkness is covering the people, but with the Light of this Message we have the consolation that the time of our departure is at hand, because we are not of satan’s eden and satan has no part in us.

I am just giving here a very short report of my observations at Auschwitz, and my consolation is this: Those who suffered and were so brutally killed for being Jews are the souls under the altar; they are not lost and their suffering if finished. 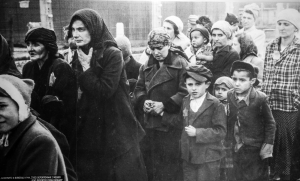 10 And they cried with a loud voice, saying, How long, O Lord, holy and true, dost thou not judge and avenge our blood on them that dwell on the earth? 11 And white robes were given unto every one of them; and it was said unto them, that they should rest yet for a little season, until their fellowservants also and their brethren, that should be killed as they were, should be fulfilled.

We are walking through a big iron gate, and it says on the top “Arbeit macht frei” which means “Work brings freedom.” That’s an ironic phrase for the prisoners, who would leave the camp for their 11 hour work day in nearby factories. 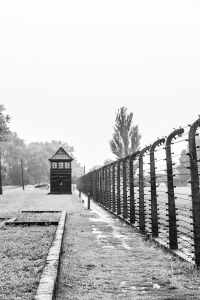 When we walk into this big compound, the first thing we feel is a sense of desolation and sadness; rows of old cold brick buildings and wodden structures, which were built and used as a concentration camp with gas chambers, crematoriums, a long planned and constructed evil plan to torture and to kill.

When the people, who were brutally forced and deported from their homes arrived by cattle- or cargo trains – standing room for hours and days only, no toilets, no windows, no food and water for days – 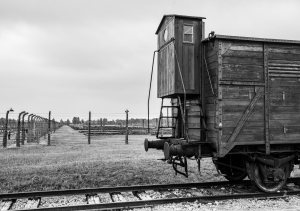 men, woman and children, those who were to be murdered in the gas chambers and then burnt in ovens, they went through a selection process and were assured that they were going to be disinfected and taking a shower. They all had to undress, and were led to the chambers, where fake shower heads were fixed to the ceilings.

They had to leave their little suitcases on the platform marked with their names to make them think, they would just being disinfected and pick up their belongings afterwards. 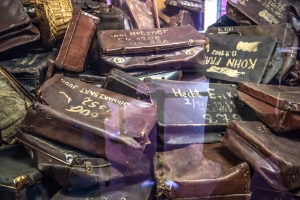 Beaten, stripped naked, humiliated and intimated by SS Dogs, up to 2000 people at a time were cramped into the chamber, a space of about 2100 sft. The chamber door was locked and poison gas, called Zyklon B was poured in. People died within 5 to 20 minutes. The dead bodies were stripped of their gold teeth and jewellery, their hair was cut off, then the bodies were burned in the ovens, and 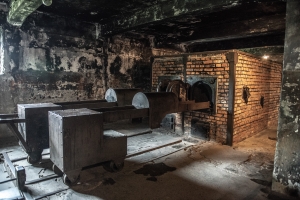 the victim’s personal documents were destroyed.

THE SMELL OF DEATH…

Some were told, ‘You are here in a concentration camp and not in a sanatorium, and the only way out is through the chimney.” 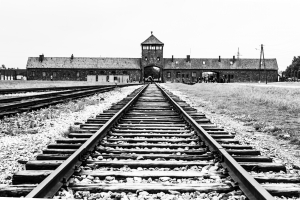 Many others were used for human experiments, then killed with deadly phenol shots and their organs were used for further experiments. Their belongings were distributed to the German forces, their hair shipped to factories for making socks, fabrics and mattresses.

We enter one of the buildings, where heaps of glasses, tooth- and hairbrushes, clothing, pots and pans, eatery, 40000 pairs of shoes and not less than two tons of human hair are stored up and displayed as evidence of these unthinkable crimes.

All these belongings were found after the liberation of the camp in 1945. 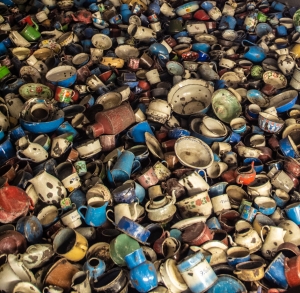 Prisoners, who were not killed right away in the gas chambers, because they were separated in the selection process at arrival, were used to work in nearby factories, until they died from starvation, sadistic punishments, exhaustion, torture, terrible living conditions, being used for medical experiments or through arbitrary execution. Those too weak or sick to work were selected by the SS and either sent to the gas chambers or murdered with an injection of phenol, or they were shot or hung.

Their daily food ration per person was a terrible tasting potatosoup, a piece of bread and cheese and a cup of coffee or tea. 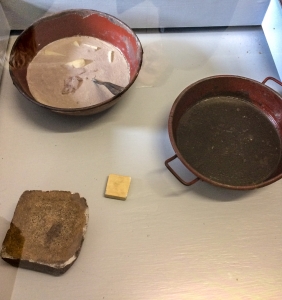 Under those circumstances they had to work 11 hours per day and most of them died of starvation or exhaustion within 2 to 4 month after imprisonment.

Here is an excerpt of what Brother Vin preached in 1988:

“The Three Woes Contained In The Seven Trumpets, Barataria, Trinidad/1988-0214

130 And Hitler, he killed… The Prophet said, “When there was no more bullets to shoot them with, he began to gas them. We’re reading that in that sixth Trumpet, It says, “And by three things they were killed: by fire, by smoke and by brimstone.” Brimstone is sulphur; that is what it is. And by fire, in the oven, they cremated them. By smoke, they gassed them. And by brimstone, they shot and they killed so many of them. They showed you, they used to line up hundreds upon thousands of them and just mow them down and shoot them down like that. Not a word they would speak; just go to the slaughter like that. By those three things they killed… When the count was up, it was about six million Jews, and the world stood and watched it by. Could you imagine that?”

Our prophet told us, that what has happened was kindergarden compared to what is to come. And we can see it forming more and more, and an unsuspected people are poisoned on a daily basis with chemicals in their food, pharmacia, brainwashed by the media, entertainment and drugs, and camps are already built for those, who don’t agree with the system.

45 As it was in Germany, and—and up into Russia, and Italy, the people raised up Josephs, Hitler and Stalin, Mussolini, who hated the Jew. They had to go back to their homeland. God, You got ways of doing things, that we don’t understand. And You pressed them. No home in Germany; everything taken away from them. Also, in Italy, Russia, no place to go. And they were sent back to their homeland, just to fulfill the Word.

46 Oh, the loving hand of God! How, sometimes, it looks cruel, of the way that people suffer, but it, still, it’s the tender hand of Jehovah, leading His little children. We thank You, Lord. 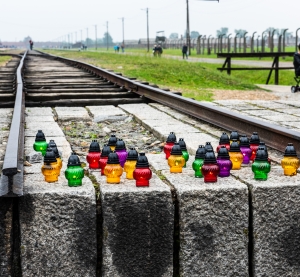 What God has allowed us to see and to hear is the Scriptures fulfilled, and we are grateful for a ministry, that is labouring to bring the thoughts of God in season, opening our eyes and showing us the way to our Future Home, because this world is truly falling apart.

From Auschwitz we still have about 5 hours to drive to Sanok today, a city close to Wola Piotrowa, where we’ll stay for the upcoming weekend meetings and we arrive very tired.