We were supposed to have two services at Pastor Mahanaim’s church today, but somehow there was a mix-up with the date; they expected us already yesterday, but we didn’t know. Nevertheless, Brother Mahanaim and his precious wife Rina and their daughter Dear are coming to the hotel to pick us up for lunch and fellowship. 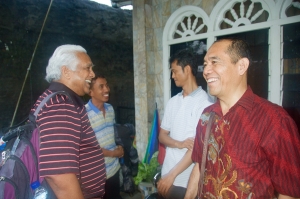 Also Brother Itok and Brother Iwan are with us, so we all have a pleasant time together.

When we leave the restaurant to drive to Brother Mahanaim’s home the rain is pouring down, and talk about a traffic jam, nothing is moving for a while! 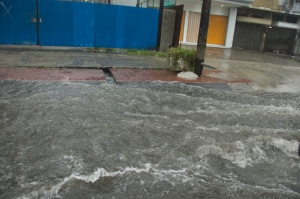 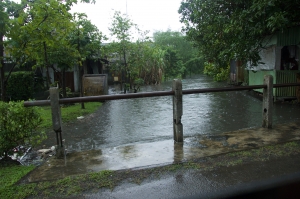 The water cannot subside so quick and it looks like the cars are swimming more than driving. I cannot imagine how the people on their motor bikes and scooters must feel.

In our fellowship at Brother Mahanaim’s place we hear a little bit about the history, how the Message came to Indonesia. In the early seventies Brother Searle from New Zealand had brought some message books to the country and three ministers from denominational churches preached from the Message a little bit, but from that the Message never really took a hold.

A group of young people  with their leader Yudika Sumbayak started the first church in Tangerang, at the border of Jakarta. He was the former pastor of Brother Mahanaim and Brother Martinus. Through his ministry Brother Mahanaim came to the Message. Their church building burned down in the time of political unrest in Indonesia. It was in May 1998, when they moved to Jakarta, a few months after Brother Itok joined with this group. In this year Brother Mahanaim had moved back to Medan, so Brother Itok never met him personally until 2003, when they met the first time in Medan along with Brother Claude Poulter from Australia and Brother Itok’s father (the late Brother Pieter) as God sent them for the first time to minister in North Sumatera as the result of the invitation from a Pentecostal bishop by the name of Nainggolan, whose headquarter is in Medan. He was a friend of Brother Itok’s father. Brother Itok had moved from Brother Martinus’ church in June 2001 to be under the ministry of his father (the late Brother Pieter) in Depok (border of Jakarta) as his pastor.

In 2004 he moved to Medan as Brother Mahanaim asked him for help to aid his ministry and his father, Brother Pieter, permitted him to go. Brother Claude Poulter came the first time in March 2001 to Indonesia and stayed in Brother Pieter’s house in Depok. Meanwhile Brother Martinus became pastor in 1999, and took the place of his former pastor Yudika Sumbayak.

When Brother Claude Poulter came the first time in 2001 to Indonesia, he spoke about the Son of Man ministry, the Third pull . . . The Seventh Seal opened… 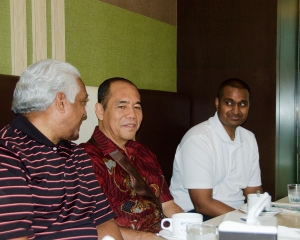 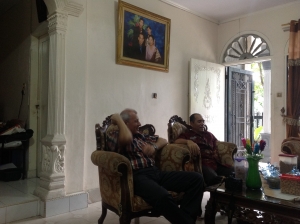 Although we are looking at two young churches here, we can say, they are no greenhouse plants, but they are standing strong in the Faith and are a blessing and encouragement for us.

After the enjoyable time of sharing the Word at Brother Mahanaim’s place, we leave for Brother Itok’s house, where we continue to fellowship with singing and sharing testimonies. 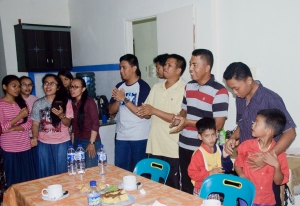 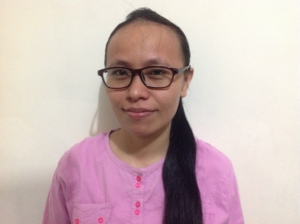 “I was still in the Pentecostal Church of Indonesia, when I first heard about the Message on March 2009 from Brother Daniel and he invited me by telephone to come to the seminar entitled “The Relation Between The Second Coming of Christ And The Restoration of All Things.” When I heard about that topic, my heart moved because I still felt that there are many things in my heart that needed to be restored and I was waiting for the second coming of Christ. Then, in that seminar, Brother Itok explained about “Walk In The Light” that in every age God has sent a messenger, that is a prophet and he introduced the prophet’s ministry about Malachi 4:5-6; Luke 17:29-30, where it’s explained that the purpose of sending the prophet is to “turn the hearts of the children to their Pentecostal fathers,” which my heart always was longing for,  the true original faith. My heart believed and burnt and I also felt the great pull from what Brother Itok delivered. I even invited some friends and denominational ministers to hear further explanations about the Message. Finally, I decided to be baptized on June 2009 when Brother Claude Poulter was about to leave for Australia after a few weeks of ministering in Indonesia and since that day by God’s grace I am following the Message, which has given me spiritual growth and strength, even though my family is against it.

At the Family Camp, I saw Christ working in His saints through Brother Vin’s ministry and also through my brothers’ and sisters’ ministry and I also felt the love and God’s visitation in those meetings.

The time has come for us to depart, and many of the saints are crying, which makes it very hard to leave. We have become one family here, and to say good bye or until….to such precious saints, is almost heartbreaking. 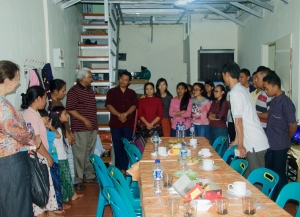 They showered us with gifts which they have given from their hearts and these things have become treasures to us, but much more the precious memories we have from this journey.