Today is the first day of the convention here in Durban, and we all are under great expectations… anything can happen. After seeing what God has done so far during this trip, our faith levels are very high! 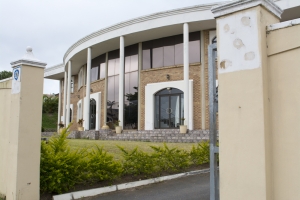 The Woodhurst Multicultural Centre here in Durban can sit about 600 people, and after a lovely praise and worship, Pastor Paul Moodley, 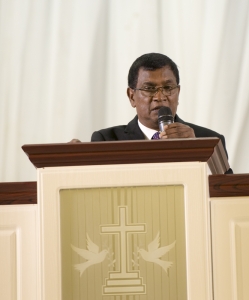 who is co-operating in this convention with Brother Rodney Munsami, is welcoming every believer, every pastor and minister, who all have come together from different corners of the country, even from Zimbabwe and Angola. What a gathering!

When Brother Vin is coming to the pulpit, he speaks about the precious friends, that God has given him here. 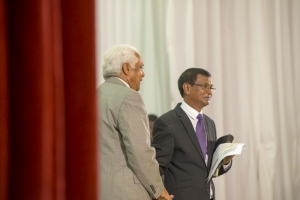 He comments about the songs, not to be sacrilegious, but this could be the continuation of the Book of Psalms, because every age produces its own inspired hymnology. This day is the climax age and the Book is open and in those past days nobody could sing what we can sing about today. But when the Book was open, they sung a new song, the Bible says.

The brothers bless us with  Behold The Third Woe Cometh Quickly,

and after this the sisters sing

Who Is This Melchizedek…

These songs are setting the tone for tonight’s service: 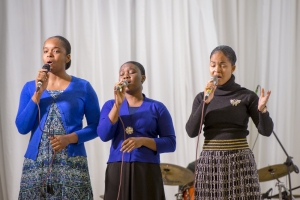 Awakening To The Eternal World with the subject:
The revealing of two orders of life, bodies and worlds. 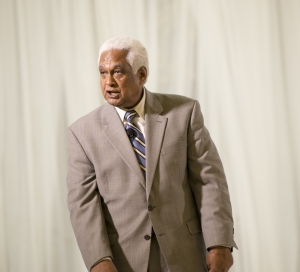 Scripture:
Revelation 8: 7-12 These are the first four trumpets, pertaining to the earth, the sea, the rivers and the air – watch the way the Book is constructed because these are put for a purpose right there.
There are three woes to the inhabitants of the earth.
Revelation 9:12 One woe is passed; and behold, there come two woes more hereafter.
After the sounding of the sixth trumpet, we see the things that are written in the Bible; hell is open and the army of demons has come into these dimensions; they have hunted bodies, and become incarnated in those who rejected the Truth. Christ is being pushed out from the church, and the man of sin is exalted. And Revelation 10: One came out of Heaven. 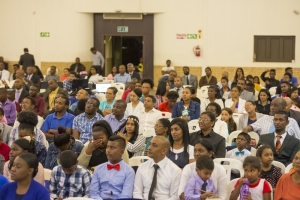 Watch these things happen between the woes. Revelation 11:14 The second woe is passed; and behold the third woe cometh quickly; Armageddon cometh quickly. These last five years we have seen thing happening in the earth; we see new alliances, we see changes in politics, religion; Moslem, Hindus and Jews pray inside the Vatican.
What we have seen has shown to us that the bride must examine herself and see her condition, see if she is conscious of the other world. When that Angel comes to you, the Holy Spirit, you are receiving something from a celestial intelligence, and you need this awareness.

The second woe is passed since 1945, 72 years ago. A prophet went out directly after WWII, when the Jews were rushed to their homeland. 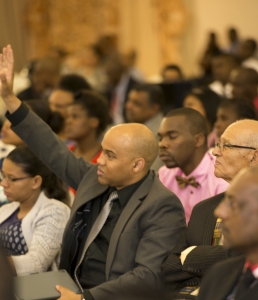 The hour is here, that we must know the will of God, what the Message really was sent to do. If you have eternal life, your name is in the Lamb’s section of the Book. You are the Word predestinated to the Word of the hour. You always were part of God.
Lucifer never had eternal life, hell had a beginning and an end, it’s created for the devil and his angels.

Is there a channel open to you or are you trying to learn and memorize? That has no power. There is nothing of such prevailing power as the revelation of the Word. 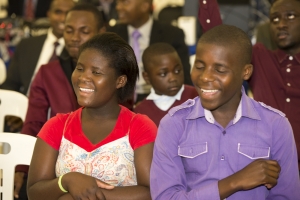 The Message is designed to awaken us, that this world is satan’s eden. This is a perversion of God’s eden, a science civilization, not a faith civilization. 52 years have passed since the going away of the prophet and many people have not been awakened.

In Luke 17:28 Jesus is teaching about the days of Lot… you have to go to Genesis, to see what the day of Lots were. Lot pitched his tent towards Sodom, and ended in association with the king of Sodom, while Abraham was in fellowship with the Heavenly King. Abraham the eagle, Lot the hawk. Abraham was always looking for fellowship with God. Through election and calling by grace Abraham was called out of his country. He loved his nephew Lot, and his father; he took them along, and it gave him problems. Then he lived with Hagar, problems… then he had problems with Ismael, too. If it’s going on behavior, then he would be disqualified. Many people condemn people, because they make mistakes. They look to behavior, not to election.
The purpose of life in this dimension is that God wants to bring us to a certain quality of relationship with Him. Jesus taught, that Genesis 18 is repeating itself again in these last days. 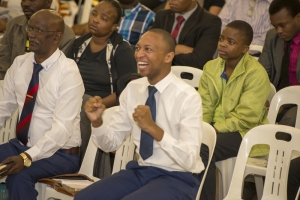 If you have the Holy Ghost, it’s the quickening power. In the Seed is transforming power, and when quickening power comes to it, you will be changed from glory unto glory.

Your first Seal uncovers the religious conquest in the world. Everybody is fishing, they are caught in a social gospel. They are catching in their nets… but the third pull is ordained to catch the rainbow trout. They don’t want men’s religion, they are a different specie.

People get their values mixed up, cause their mind has been mixed up with the wrong teaching. They look to the skyscrapers, the shops, the restaurants etc. They don’t want to eat this or that, but they get all kinds of junk into their souls. If your thinking is filtered, do you have a holy man’s taste or do you lean on your own understanding? 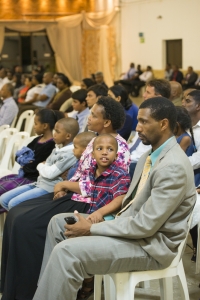 52 years after the going away of the prophet, what kind of people are we to be? When this Word teaches us about bodies that we have, that we didn’t know about, when the Word tells us there is a parallel universe right here, and science is probing and trying to find it. God is hiding Himself from the wisest of scientists and theologians.

This Word teaches us about the ministry of angels; Angel came to Abraham, to Sarah, Hagar, Moses, Manoah’s wife and Manoah, Mary, Zacharias, Cornelius, Daniel, Peter, and to the prophet in the woods, when he is hunting, when he is driving; but did we just have left that there and just come to church?

This pesthouse just wants to keep us back from everything. Do you shut off your mind and are you just trapped here, and in your own self- examination you don’t come with changes you need to make, to get more into the Spirit, to see more power in your life?

This message brings us from flesh to Word. Why are we given the fullness of the Word? Are we walking there? Are we raised up to a place, where God has set in the church, placing positionally sons and daughters? Are you conscious that the unseen world is with you all the time?

190 Look at this teen-age insane! Why, we had a…I told you the other day, they was taking an analysis there of the schools in Arizona where I live, and eighty percent of the children in school is mentally retarded. What will their children be? We can’t have another generation. We’re at the end. Jesus said these things would come.


191 Look at all the televisions and things getting these fictitious things in order. It’ll come a time, I predict, that people will be completely, totally insane, the world will be. The Bible speaks of such hideous sights as they show in movies today, of some prehistoric creature’s eggs that’s lived in the earth for so many thousands and millions of years, hatch and come forth to some…That’s just a minor thing, to what’s going to happen when hell is opened and the devil comes out with all of his mysterious things, of women…or locust with hair like women, and teeth like lions. Why, the world will be completely, totally insane.

Our angel and this body are in-separately united, one on earth and one in the other dimension. The Spirit is leading His sons and daughters in this hour.

I am looking away to Jesus… 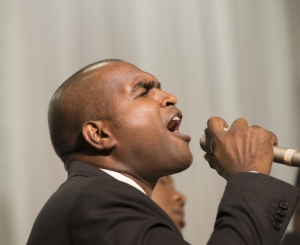