The brushing sounds of coconut brooms are sweeping over the concrete floor around our little yellow “tent” and wake us up real early this morning. It tells us it’s time to pack up and get ready to leave the camp ground. Most of the believers left already last night. 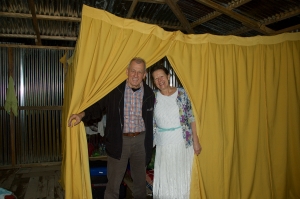 Still sleepy, but time to rise and shine!

The bus to pick us up arrives at 9 a.m. and while the driver turns it around, the tires get badly stuck in the mud and rocks, and it takes about 2 hours to get it freed.

This gives us some extra time for fellowship, and we ask Brother Daniel Sitanggang and his wife Sister Angel for their testimony. 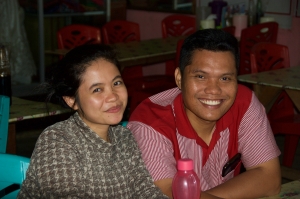 Brother Daniel was a Lutheran when he heard the first time about the Message in 2004. His mother, although still a Lutheran, frequently used to go to a fellowship at a Pentecostal church in Medan, and one day Brother Daniel asked her, if could go with her. The leader there introduced the Message to him. And there was a time that the pastor would go to Jakarta for an entire month and during his absence Brother Itok was sent to preach to them. The old pastor had tried to teach them the message; he used the books from the prophet, but he never told them of the prophet; he just used his teaching.

All of them got re-baptized in the Name of the Lord Jesus Christ, but still from 2004 to 2007 Brother Daniel didn’t fully submit to the Message, because he was under that pastor. When he finished school, the pastor suggested for him to go one year to Bible school, and he did. During that time he got more in contact with Brother Itok, who gave him several books of the prophet and he began to read  and something started to stir in his heart, until he fully surrendered to the Message. Then at an evangelistic campaign he met his wife, Sister Angel, and they got married in December 2013. They became a team in the worship service in Brother Itok’s church. Brother Daniel is one of the song leaders and Sister Angel plays the piano very skillfully; she never even could discern a black from a white key before she became a believer, but the Lord gave her the talent.

Brother Vin and Timmy join our little fellowship and we truly have a special time until the bus is ready to leave. 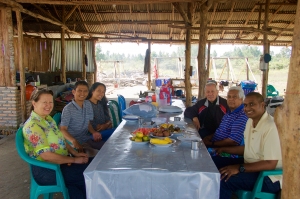 We are driving again through beautiful country sides, but because of real heavy traffic in some areas the drive back to Medan takes us a little more than 11 hours today. 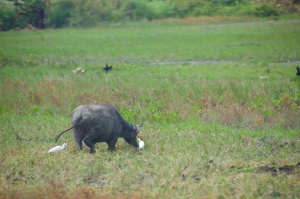 Water buffalos are used for plowing and transporting people and crops. People call him also the “living tractor of the East.” 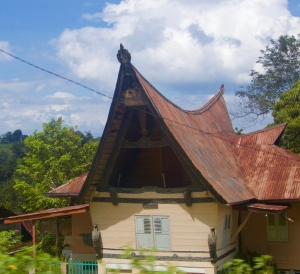 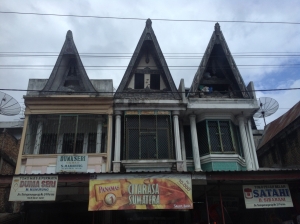 Rice drying in the sun 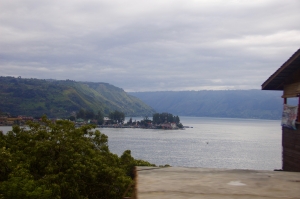 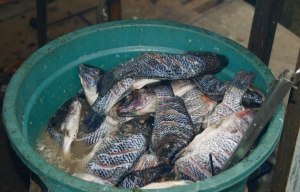 Fresh fish from the lake.

Time to stop for lunch. 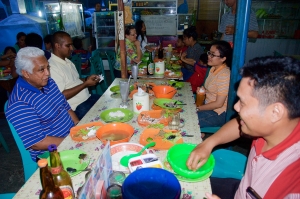 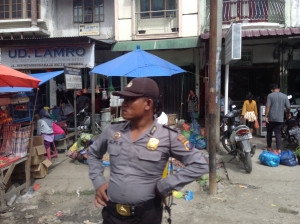 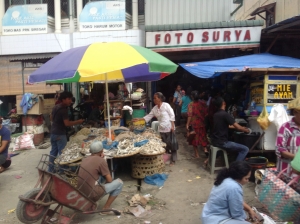 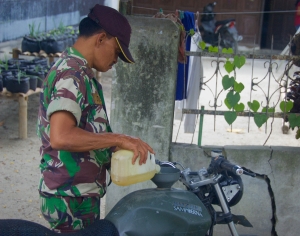 Getting a can of gas

It is pitch dark by 6 p.m. and when we arrive at the hotel in Medan it’s almost midnight and we just want to sleep. It was an interesting, but very exhausting travelling day.